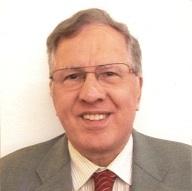 Jim is both experienced and scholarly in his management background. He was a Vice President (technology) of the largest CAD/CAM Company, a Fortune 500 Company (6,000+ American employees) which served the core engineering and manufacturing of the World's top industrial organizations (e.g., Boeing, Honda, US Navy, Chinese Academy of Sciences, Rolls Royce Aero Engines ...). Throughout the past decade, he consulted in USA to Senior Vice Presidents at: Du Pont, Motorola, Bell Labs, and Dun & Bradstreet on the investment and management of technology. His career began at MIT as a Research Engineer.

Jim has extensive financial and legal experience. Fourteen times, he raised capital for high technology ventures, including going public on the NASDAQ and investment by Exxon Enterprises. In addition, he led the team of consultants charged with re-organizing Motorola's venture capital investment processes (working with Robert and Chris Galvin, former Chairman and later President, respectively). Over the past eight years, he has been heavily involved (on plaintiff's side) in two Intellectual Property litigations, one in US Federal Court (won a jury guilty verdict in 2002) and the other in Illinois State Court (at present). This past year, he negotiated and managed the sale of a short line railroad to a publicly traded company involving extensive contractual negotiations, resolution of numerous regulatory issues, and one court proceeding in New Jersey Chancery Court (again, as plaintiff, prevailed). For over 30 years he worked with partner Peter Dodson of Ropes and Gray, one of the most highly regarded law firms in US.

In the academic field, Jim has given over 200 lectures (50 in China) on management topics (mostly Corporate Finance/Economics) to graduate school and business audiences in USA, Australia, and China. Jim has taught the following MBA courses: Economic Analysis of Manufacturing Systems (University of California, San Diego), Entrepreneurship (Melbourne School of Business, Australia), Advanced Manufacturing Systems (Worcester Polytechnic Institute, USA). In the past few years, he has been invited to lecture at the People's University of China, Financial Policy Center, where he gave five lectures: Securities Disclosure in USA, Corporate Governance for post-WTO China, Policy needs of High Tech Ventures, Bubble or Burst - An exercise in Forecasting, and Valuation of Privately Held Companies.

Jim has also had some media exposure. The Harvard Business School published his work in the Case, "Step Change at Du Pont's Camden Plant," ©1994, which has been taught at the Harvard Business School (available upon request). In this case, he dramatically improved the financial performance of DuPont's nylon manufacturing (resulting in savings of $25,000 per day, per plant) by a step change in the reduction of production stoppage (from about 200 instances per day to 60). He was cited by John Sculley (management guru) in his book, Odyssey: From Pepsi to Apple, ©1987, as inspiring Sculley's formulation of Second Wave versus Third Wave management paradigms. Jim has been interviewed on the Financial News Network (predecessor to CNN's Finance) six times for high technology investing advice. He was invited to be on a panel on Australian (public) Broadcasting TV to discuss nuclear war prospects in Globe in Crisis 2013 with the former Minister of Industry and Commerce and the Ambassador from Indonesia. On five occasions, Jim was invited to visit China's Academy of Science by Madame Hu QiHeng to discuss technology exchange between USA and China. On October 16, 1985, Jim appeared on CCTV News being welcomed to China at the National People's Congress. 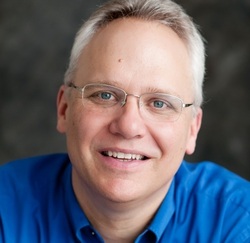 After only two years in business, Rich Sheridan, CEO of Menlo Innovations became the Forbes
"Hire Yourself" cover story for all those choosing entrepreneurship over unemployment. The next year, it was a Wall Street Journal article on the unique office Menlo uses for software design and development. Within six years, Menlo had become one of Inc. 500's fastest growing privately held firms in the US. What make this story truly remarkable is that it occurred against the backdrop of an IT industry that everyone assumed was leaving the US for offshore.

Sheridan's team at Menlo breaks all the rules and, in doing so, produces phenomenal results for its customers. No walls, offices, doors or cubes - one big open room, a la Edison's original invention factory in Menlo Park, New Jersey. In this noisy, fun atmosphere Menlo has produced software for all walks of industry from health care, to scientific equipment, to high-fashion ecommerce, to diesel motor vehicle diagnostics, and many more.

Software developed by Menlo for its clients is designed for everyday people by Menlo's High-tech Anthropologists®, built to last by Menlo's world-class agile software development team, and managed by a set of professional project managers listed among the nation's 50 Most Prolific by the Project Management Institute. Sheridan and Menlo have won numerous awards and honors, and he and his team regularly are invited to present nationally and internationally sharing the secrets of the Menlo Software Factory(tm) with all who wish to learn how to build a Learning Organization that can keep pace with today's advances in software and design.