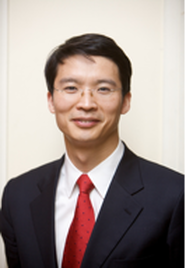 Winston Ma is a Managing Director of China Investment Corporation (CIC), the sovereign wealth fund of China, with a focus in long-term investments in large-scale concentrated positions. Since joining CIC early 2008, he has taken senior positions in Private Equity, Alternative Investments, and Special Investment Department, and he had leadership roles in major direct transactions in natural resources, financial services and high-tech sectors.  He is a Standing Director at the Canada China Chamber of Commerce.

He is one of a small number of native Chinese that have worked as an investment professional and practicing capital markets attorney in both the United States and China.  Prior to CIC he held senior investment banking positions at Barclays Capital and JPMorgan and earlier practiced securities law at Davis Polk & Wardwell in New York.

In 2006 he published the best-selling book “Investing in China: New Opportunities in a Transforming Stock Market” in London (Risk Books 2006, which has been adopted by the Columbia Business School as a selective textbook for one MBA and one EMBA course.  In 2007 Mr. Ma was one of the adjunct professors for the course “Transactions” at the NYU Stern Law and Business Center. 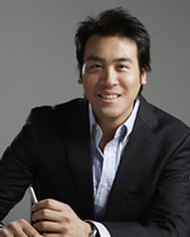 Harry Man has been heavily involved in investments in Career International, and 21ViaNet (NASDAQ: VNET), and HUBS1. Previously, Harry worked at WI Harper from early 2006 to 2008, where he had ten years of experience in investment and M&A in the TMT industries in China. Prior to joining WI Harper, Harry led the corporate development department of Linktone Ltd. (NASDAQ: LTON), the first pure-play China wireless company listed in the US. In his two years with Linktone, Harry was responsible for corporate strategy, strategic investments and mergers & acquisitions in the wireless, digital media and online and mobile gaming businesses including companies like 9Sky, Ojava, Brilliant, etc. Before Linktone, he served for several years in chinadotcom (Nasdaq: CHINA), the first Chinese internet company listed in the US, working in their corporate development department. For his four and a half years with chinadotcom, Harry headed up all the investments activities in China including investments and acquisitions in 17game (currently CDC Games), Newpalm, Go2Joy (currently CDC mobile), and ROSS and Platinum (currently part of CDC Software). Prior to chinadotcom, Harry served in the Business Consulting Division of Andersen & Co., where he was involved in business advisory projects in the IT industry.

Harry has executed over 20 transactions throughout his career and brings to the Company numerous years of investment experience, structuring expertise and steady deal flows, especially in the internet and wireless sectors. While he was at WI Harper, Harry was responsible for investments in 3G.cn, Mapbar, Daqi, iKang, and Editgrid.

Harry is primarily responsible for professional services and wireless sectors. 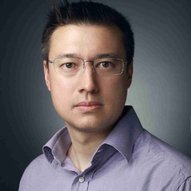 William is Managing Director for SingTel Innov8 and supports the the funds China investment activities. William joined Innov8 from Softbank China & India Holdings, an early stage venture capital firm backed by Softbank of Japan and Cisco, where he was a Partner responsible for early stage investments In China and SE Asia. Past investments include Playspan (acquired by Visa) and Punch Entertainment (acquired by DeNA). Previously at Deutsche Bank, he was responsible for Internet and Telecom Equipment across Asia as well as China technology including telecom equipment, Internet, media, PCs, display, handsets and software. Prior to this, he covered Digital Media and Telecom Equipment companies at Bank of America Securities in San Francisco and as an associate analyst with the team covering PCs, Enterprise Hardware, Handhelds, Storage and Semiconductors at Bear Stearns in New York. William began his investment career 17 years ago as a technology analyst in Taiwan.

In 2006 he was ranked #3 All-Asia analyst for Technology/Software and IT Services by Institutional Investor Magazine Asia. In 2005, he was ranked #1 stock picker in Technology, Media and Telecom, and #3 overall for Hong Kong/China by Forbes/SCMP/Starmine as well as was a ranked analyst by Institutional Investor Magazine Asia. William is a regular presenter at industry conferences and has authored a number of white papers including: The Digital Home Handbook - Intelligence At The Edge and China Internet WVAS - The Second Coming. He currently sits on the boards of advisors/directors for a number of companies including Yodo1, Guanxi.me, Uniqlick, Qvivo, GMobi, Massive Impact, Le Kan, InGameAd, Silk Road Telecom, Socbay, Peacesoft, iTalki, kineticONE, Angelvest, AAMA Shanghai and the Techyizu, Beijing Hive and Digital Matters events. 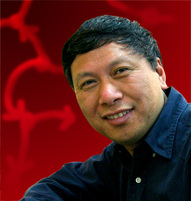 Chun Xia co-founded the TEEC Angel Fund as the General Partner in 2010 to boost Chinese entrepreneurship, leading to thirty portfolio startups in two years.  Dr. Xia also co-founded BrightInfo in 1998 and served as its President. Later, co-founded Thinkmart.com and provided e-marketing solutions for knowledge service providers.  Dr. Xia was the VP of Solutions at Engineered Intelligence and ushered cloud virtual memory into big data financial analysis on Wall Street.  Dr. Xia has multiple publications at the most influential conferences and journals, with over ten US patents. 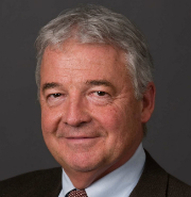 Prior to Coherix, Mr. Carlson founded Perceptron, Inc., a global leader in three-dimensional machine vision systems, and served as President and CEO from 1981-1996. Perceptron pioneered manufacturing techniques that not only improved quality, but also significantly reduced cost, while shortening the time to bring a new auto model to market. In the late nineties, when Mr. Carlson stepped down, Perceptron had become a public company with sales of $50 million and a market valuation of $350 million. Prior to Perceptron, Mr. Carlson founded XYCOM, Inc., a leader in industrial microcomputers, and served as President and CEO from 1968-1981. He co-founded and developed the first microcomputer-based vehicle emissions test system. In early 1973, Mr. Carlson’s team created the first microcomputer used for self-service gas pump dispensing, resulting in the industry standard that is used in gas pumps all over the world today.

Mr. Carlson has served as Chairman of the Michigan Manufacturing Technology Center (MMTC), formerly the Industrial Technology Institute (ITI). The not-for-profit MMTC exists to enhance the global competitiveness of Michigan‘s small and mid-size manufacturers. In addition, Mr. Carlson co-founded and served as Chairman of the Auto Body Consortium (ABC, Inc.), formed to perform collaborative research between the Big Three automakers, the auto supply base, research universities, and federal research laboratories.

He also served on the Advisory Board for the National Institute of Standards and Technology (NIST), the National Advisory Board of the Engineering College of the University of Michigan, and co-chaired the National Coalition for Advanced Manufacturing (NACFAM) in Washington, DC. He is a member of the S.M. Wu Foundation board of directors.

Today, Mr. Carlson serves as Chairman of the Precision Engineering & Manufacturing Alliance (PEMA), a similar consortium as the Auto Body Consortium. PEMA focuses on powertrain, engine and chassis industry issues and brings universities, industry and government together to solve complex, US industry-wide challenges. He also serves as Chairman of the Michigan Innovation Certificate of Deposit (MICD) Advisory Board, a new, innovative financing vehicle for small to medium sized companies. Mr. Carlson was appointed to the Technical Advisory Panel for the Ngee Ann Polytechnic/AEM-Evertech Centre of Innovation (NACOI), in March, 2005. Mr. Carlson received the 2008 Manufacturing Leadership Award from the Shien-Ming Wu Foundation in recognition of his leadership skills and his profound impact on the manufacturing industry. 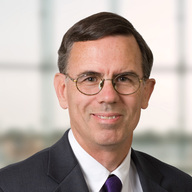 Previously John worked at Mellon Bank as an analyst following the financial sector and at Federated Department Stores (Macy’s) in its corporate development group during the period of its historic leveraged buyout.